Spydetector2009.com is was detected on Dec 25th 2009, but it's still active. It doesn't host harmful files, it's more like a pay page of Antivirus Live. However, you still shouldn't visit this site. Now, of Spydetector2009.com constantly pop-ups on your screen or you are being redirected to this malicious site from time to time then your computer is probably infected with Antivirus Live scareware or Trojans that promote it. In such case you read how to remove Antivirus Live virus from your PC for free using legitimate and free anti-malware software. Good luck! 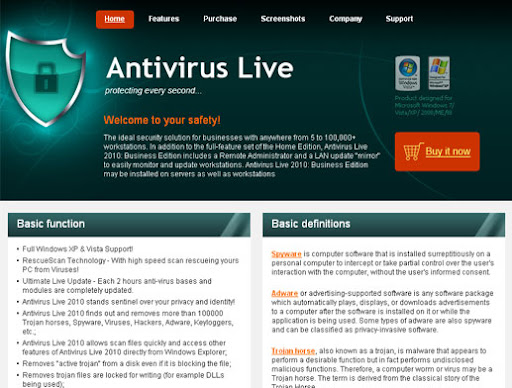 Share this information with other people:
Posted by Unknown at 03:36