A few days ago we received an email from our friend explaining that a program called WhiteSmoke Translator mysteriously appeared on his computer and he doesn't know how to get rid of it. After a fair bit of research, we learned that WhiteSmoke Translator is "an all-new application that enables you to take any text from any text-based application, and automatically translate it into a destination language". We also found many complains about this program on popular tech support forums. Finally, we found a sample of a Trojan (MD5: c5a4a504e73fda80390b630643d580b9) that drops WhiteSmoke Translator and some other adware/malware onto your computer without your consents. Whitesmoke Translator appeared on our computer along with several new desktop icons including one called "Improve Your PC" which pointed to a web page promoting Uniblue RegistryBooster 2011. We installed this software on your test machine too. It found 81 moderate registry errors. We were prompted to change our default search provider to whitesmokestart.com in Internet Explorer. If you somehow ended up with this misleading application on your computer, please follow the steps in the removal guide below to remove WhiteSmoke Translator and any related malware for free.

WhiteSmoke Translator hides translated words behind its advertisements. You have to close advertisements to see the translation which is kind of annoying. 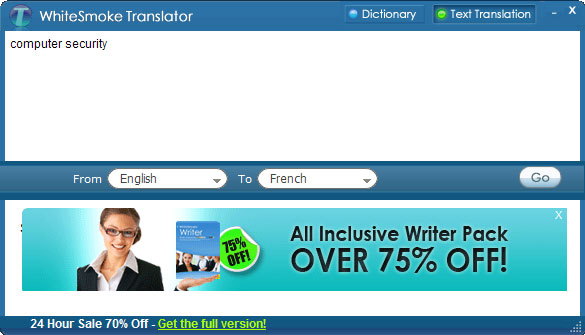 The user is prompted to change the default search provider or keep using Bing. Please see how misleading it looks "Change to Yahoo (www.whitesmokestart.com)". 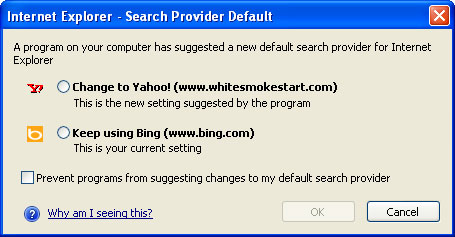 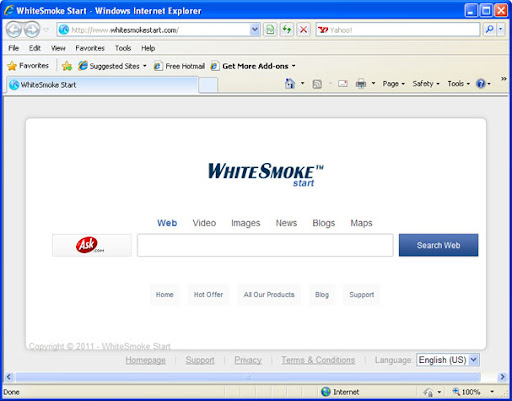 "Improve Your PC" icon links to a web page where you can download Uniblue RegistryBooster 2011. 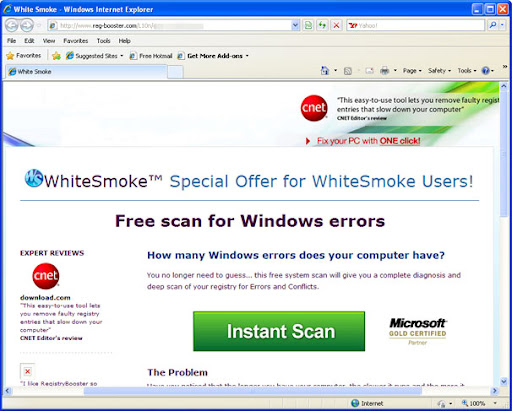 Such software distribution methods are unacceptable. If you got with this malware, please scan your computer with anti-malware software. To remove WhiteSmoke Translator, please follow the removal instructions below. Let me know if you need any help with malware. Just leave a comment. Good luck and be safe online!

Download recommended anti-malware software and run a full system scan to remove this adware from your computer.

It's possible that an infection is blocking anti-malware software from properly installing. Before saving the selected program onto your computer, you may have to rename the installer to iexplore.exe or winlogon.exe. Don't forget to update the installed program before scanning.

Files:
Registry values:
Share this information with other people:
Posted by Unknown at 12:21

Email ThisBlogThis!Share to TwitterShare to FacebookShare to Pinterest
Labels: Adware