A big thank you goes to Matt from Rocky Mountains Colorado who brought our attention to a new rogue antivirus program called Windows Ultimate Safeguard. It's not a new rogue antivirus program per se, just a different name. This fake program belongs to the FakeVimes scareware family. Cyber crooks repack and rename their bogus software daily so it's rather difficult to track them all.

Matt told us he got infected with this malware yesterday. Sorry for those who fell victims to this scam. You guys probably won't get your money back unless your credit card company has some very strict regulations, etc.

Windows Ultimate Safeguard is promoted via fake online virus scanners, you know, those claiming that your computer is infected with viruses, spyware and other nasty crap. However, Matt got it from a fake video streaming website. Apperently, it was one of those fake sites that ask you to download adobeflashplayer.exe or something similar in order to watch requested video. 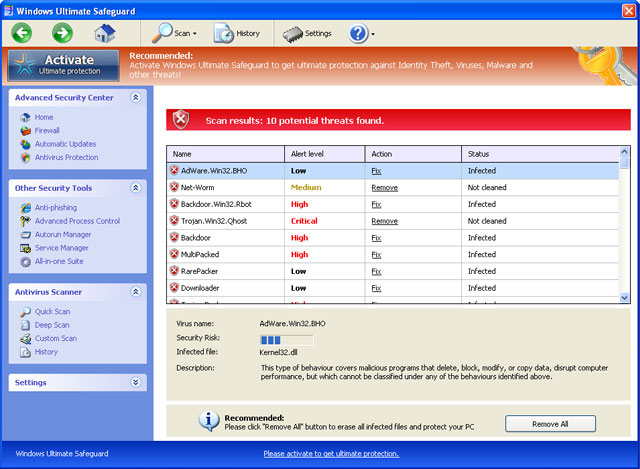 It may associanoly block your web browser whether it would be Internet Explorer or Google Chrome. For some strange reasons it doesn't block them all the time so you may have enough time to download legitimate malware removal software. 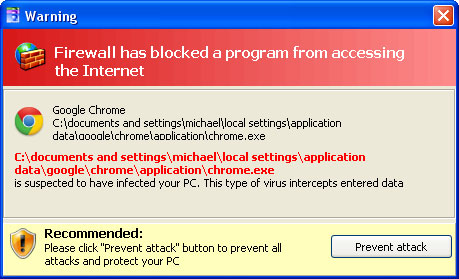 Just like any other scareware, Windows Ultimate Safeguard displays fake security alerts. Not were aggresively thought.

The rogue program doesn't start in Safe Mode with Networking. Good news in case you can't download or run any anti-malware software in Normal Mode. Three removal methods can be used to remove Windows Ultimate Safeguard virus from your computer:
One way or another, you need to scan your computer with anti-malware software to properly remove the rogue program itself and possible remnants or additionally installed malware. Please note, it may come bundled with rootkits and other significantly sophisticated malware.

Fake payment page. Even though, it says onlineregister.com, this fake payment page is loaded from completely different location. And it's certainly not verified by Visa. 30 days money back guarantee? They just kidding. 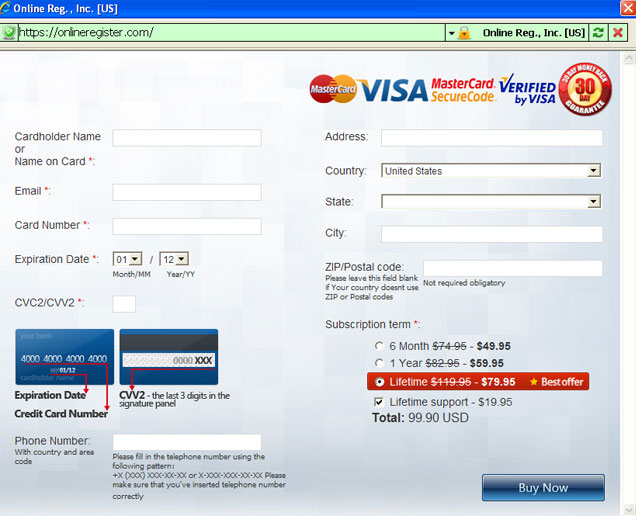 It's surprising that after all this time, scammers haven't change they way their rogue program is registered. I mean they left the same pattern which makes it easy to generate a fake registration key. This means they probably cannot modify course code.

Anyway, if your computer got infected with this rogue antivirus program, please follow the removal instructions below. Good luck!

The main malicious files is located in your Application Data folder. 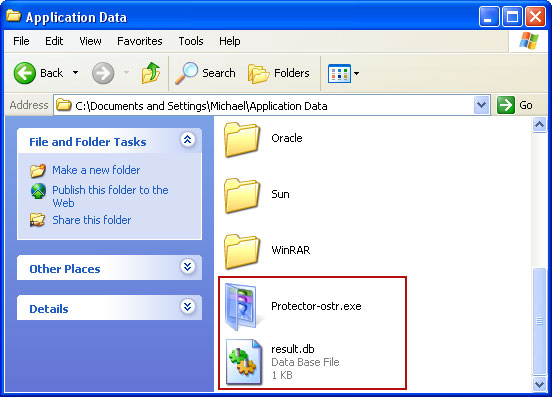 Simply rename Protector-ostr.exe to virus.ex of anything you like and reboot your computer. Windows Ultimate Safeguard won't show up anymore.

Tell your friends:
Posted by Unknown at 06:25