Antivirus software is an essential tool that keeps your computer safe from various types of malicious software, including viruses, spywares, worms, Trojan horses, adware, scareware, dialers, keyloggers, rootkits and other harmful and undesirable software. Therefore the question, whether or not to have an antivirus program, is not even considered – it is important safety tool for every PC user.

Yet perhaps the most difficult task is to choose the right software for your computer, especially nowadays, when the variety is so wide. First of all, try to decide which version of antivirus program you would prefer – commercial (paid) or non-commercial (free). Some people are claiming that free tools are always worse than paid ones, but in fact the difference between the commercial and non-commercial version is small and negligible. The free versions usually offer only limited possibility to change settings, simpler user interface and less frequent malware database updates, however even with these limitations certain free antivirus programs are still better than some expensive and not so well-known antivirus software.

Therefore there is practically no need to spend tens or hundreds of money annually, especially if you do not prefer online shopping, you don’t pay taxes online and you don’t keep very important data on your computer. Free antivirus software is good alternative to commercial products; you just have to be careful when choosing one or another. In order to help you with this, five best free antivirus programs are presented and briefly described in the article.


Avast! Free Antivirus
Avast! was recently rated as one of the best antivirus programs. This is a result of constant improvements on Avast! detection rates, which are pretty high today. Also, Avast! has many various features in comparison to other non-commercial software:
The newest version of Avast! also includes internet site ratings plug-in, script malware protection and even sandboxing though it is limited (non-configurable). 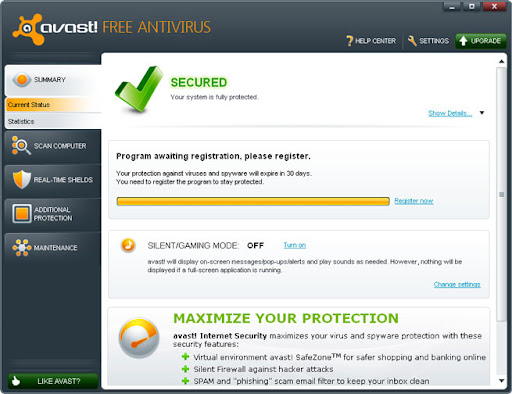 Avira AntiVir Personal Edition
Avira AntiVir is another high quality free antivirus program and is enjoyed by many home users worldwide. Of course, a free version is simplified, but despite of that works perfectly. Monitoring of entire system and automatic scans of all files are performed constantly. 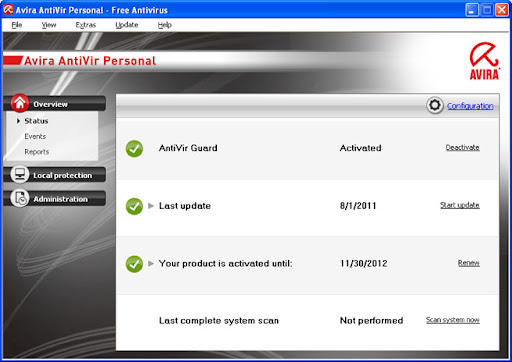 Microsoft Security Essentials (MSE)
Probably the best choice for the average: very easy to install and use, minimal user interaction required. However it is available only to those users, who have a genuine copy of Window and, moreover, lives in a certain countries (cannot be used in some places). 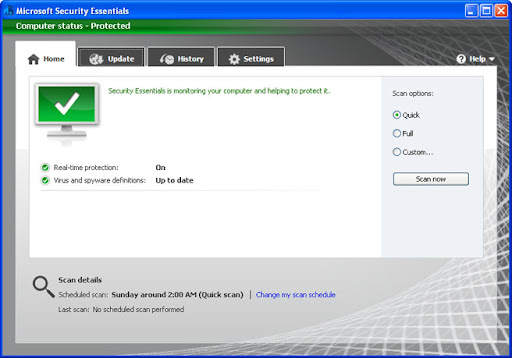 AVG Anti-Virus Free Edition
AVG is one of the most popular and venerable free antivirus programs. Despite of its rather low detection rates in the past, the high level of protection is ensured today with this software. 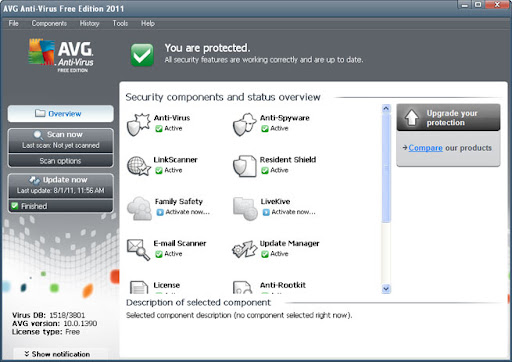 Panda Cloud Antivirus
Just like Microsoft Security Essentials, Panda is characterized by simple interface and fully automated operations, including updates, system checks and threats removal. Therefore today, mostly because of its use of cloud technology, Panda Cloud Antivirus can be added to TOP 5 list of the best free antivirus software. 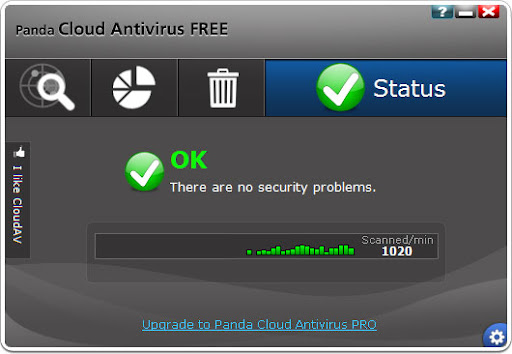 So these are the best five free antivirus programs, which are essential in protecting your computer from malware or other threats. Perhaps you might be interested in some other popular free programs too, such as Comodo AntiVirus, Rising Antivirus Free Edition and PC Tools AntiVirus Free Edition, however they are not included in this top list of free antivirus programs, because of much lower detection rates.

And one more thing, take it easy – don’t try to install every possible antivirus program on your computer. Of course, with the huge increase in malware types, created every day, there is no software that would be able to prevent, detect and delete ALL forms of it, but the truth is that using many programs is not the good idea either. Actually, one program is enough and even better than two or more, which are always conflicting between each other.

And moreover, if you are looking for some extra protection, you may consider on-demand scans, which can improve your security greatly and will not interact with your chosen antivirus program. On-demand scanners are highly useful in finding the various malware that your main antivirus program hasn’t noticed. Malwarebytes’ Anti-Malware, SUPERAntispyware and Hitman Pro are those excellent scanners you may try in this case.

Also, we recommend using a real-time behavioral security tool that does not rely on a signature database for virus recognition. It looks for behavior that is generally performed by malicious software. Our favorite is ThreatFire AntiVirus.

Good luck and be safe online!

Share this information with other people:
Posted by Unknown at 13:52