ArmorDefender and ProtectDefender malware. How to remove these fake programs?

ArmorDefender are ProtectDefender two newly released fake security applications from the WiniGuard malware family. Both programs simulate a scan and list harmless files as serious PC threats. The funny thing is that those seemingly dangerous files come together with the rogue programs. Let’s say ProtectDefender virus is distributed mostly via fake online scanners. The same can be applied to ArmorDefender. So, how this scheme works? It’s fairly simple. Cyber criminals create several fake websites that hosts installers of fake programs. A user inadvertently clicks infected links and gets fake pop-ups or online scanner imitations. At this point you should leave such websites immediately.

Let’s say that you have inadvertently installed ArmorDefender virus from such website. It loads up automatically and begins irritating user with fake security alerts. Finally, both programs claim that you should buy a full version to remove found infections. That’s a scam. Don’t purchase any of those programs. Now, how to remove such infections? Read the removal tips below. 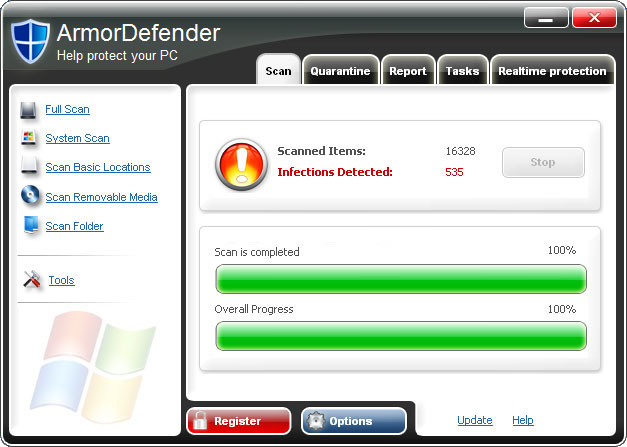 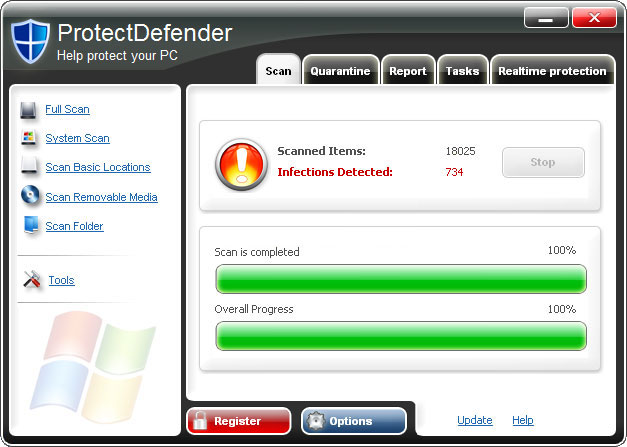 Oh, and by the way, both programs use the same web template as shown in the image below. Armorefender.com and protectdefender.com are the home pages of those programs. Stay away from this websites! 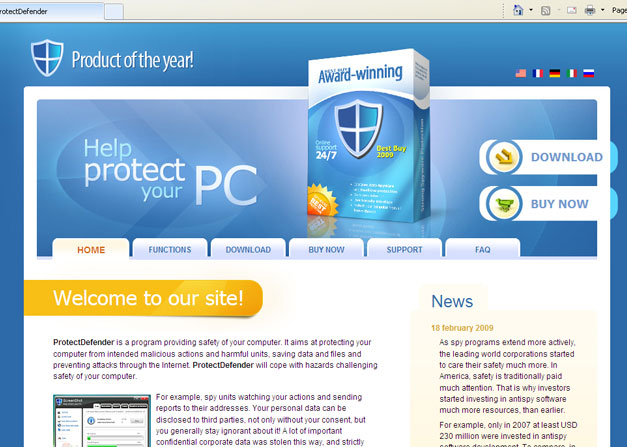