How to remove No Malware (uninstall guide)

No Malware is a fake (rogue) anti-spyware application. This one is from the CoreGuard Antivirus 2009 family and should be removed from a computer as soon as possible. The fake program is being advertised as a free anti-malware scanner, but in reality if you want to run a full system scan you will have to pay 9$ which later turns out to be even more: $69.99 for 3 months subscription or $79.50 for one year subscription. Also, don't surprise if No Malware will display many fake security alerts or various misleading pop-ups stating that your computer is infected with malware. That's a lie. Don't purchase this bogus software and get rid of No Malware virus manually or with an anti-spyware application. 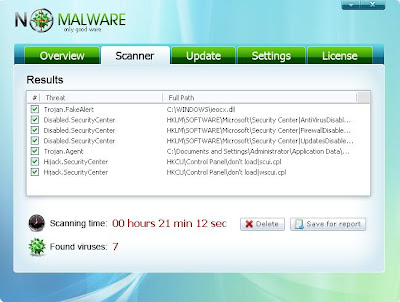 Updated: NoMalware virus uses MalwareBytes Anti-malware database. How rude!
There are at least two domains used to distribute this malware: 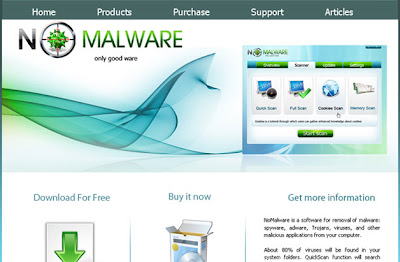