Desktop-antivirus.com is a misleading website that promotes the rogue anti-spyware application called Antivirus Live. The website is full of false information and fake software reviews. For example, all the information in that page is about Antivirus Live, but the provided screenshots are actually from other software called Antivirus PRO. By the way, this one was a rogue anti-spyware application too. There is also a pay page of Antivirus Live on Desktop-antivirus.com. Most importantly, don't purchase it. Don't download anything from this bogus website. Just simply avoid it. Good luck! 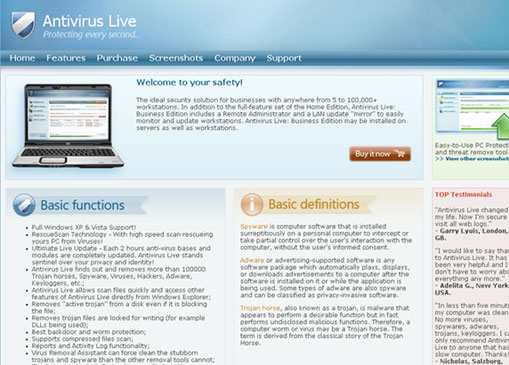